Tom "Steve" McQueen, M.Div. has devoted his life and vocation to guiding children, couples, executives, and organizations on a path to personal fulfillment and professional success.

An award-winning, best-selling author, hospice chaplain, and retired licensed marriage and family therapist, Tom's advice has been sought by those wanting concrete and practical answers to problems, challenges, and obstacles in their lives.

Tune-in to Wisdom for a Crazy World and you will be rewarded with insights and information that will enrich you, your family, your community, and your business. 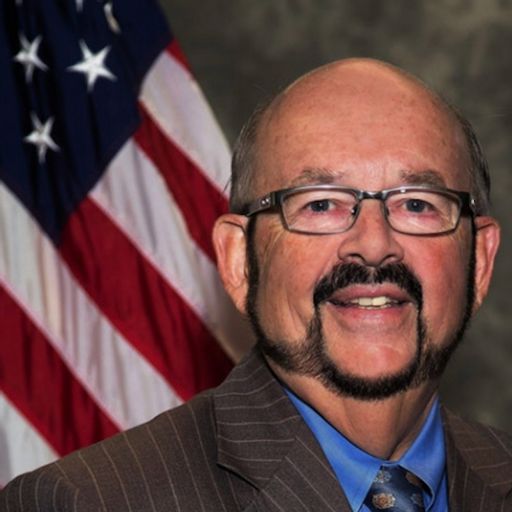 Tom McQueen, M.Div. is the Founder and President of the American Family Foundation, Inc. as well as a Leadership Coach. Early in his career, Tom served as a presidential advisor on core values and family culture when invited by the President of the United States to participate in the White House Conference on Children & Youth. In addition, Tom received national attention for a program he created in Albany, New York’s inner city to assist children and families in that community. When violence paralyzed the city of Pensacola, Florida, then Mayor John Fogg solicited Tom’s expertise and support to identify and integrate a program of core values within the community as reported by the Pensacola News Journalnewspaper. In the same city, he worked with Gulf Power Company to design and implement a core ethics and compliance program for their entire workforce. In the healthcare industry\, Tom collaborated with the nine-hospital BayCare Health System in the Tampa Bay area to implement a coaching process for over 600 managers. As a part of that project\, he authored *BayCare Coaching: Helping Our Team Members Learn\, Grow\, & Develop.*Tom also partnered with Halifax Hospital in Daytona Beach\, Florida to design and implement a corporate ethics and compliance program for their staff. In the sports market, the St. Petersburg Timesnewspaper (now the Tampa Bay Times) reported on Tom’s work with the Tampa Bay Rays who were ranked last in major league baseball in the category of a “fan-friendly environment.” Two years after he and Jose Tavarez of the Rays collaborated on a process for improving performance in the fan experience area, the franchise moved from last to #3 in all of major league baseball. As a sought-after speaker, Tom has presented workshops and seminars throughout the United States and Canada. He has delivered keynote addresses for several groups including, among others, the National Convention for Marriage Encounter Canada in St. John’s, New Foundland. He served as Co-facilitator for the Disney Institute in Orlando, Florida. Giving back to the community is the hallmark of Tom McQueen’s life and work. From coaching Little League baseball for over ten years in the Palm Harbor, Florida recreational leagues to volunteering as an assistant varsity baseball coach at Lakeside Christian High School in Clearwater, Tom’s latest volunteer ministry is serving as the Founder of the not-for-profit American Family Foundation, Inc. (www.americanfamilyfoundationinc.com). He is also a past graduate of Leadership Pinellas. Tom’s best-selling book, Letters to Ethan: A Grandfather’s Legacy of Life & Love, was the recipient of numerous book awards including the Angel Award and the Silver Nautilus Book Award. Dick Vitale of ESPN, in speaking about Letters to Ethansaid, “This book is AWESOME, baby!”   Most recently, McQueen and Major General Karl Horst (US Army – RET), President and CEO of the Congressional Medal of Honor Foundation, wrote and published Common Sense Leadership and Common Sense Engagement, two books that are being heralded as “must-reads” for leaders nationwide.Tom’s latest book, Reflections of a Hospice Chaplain, describes the life-lessons he learned from the patients and families he has served at Gulfside Hospice. Tom was recently re-elected as a Fire Commissioner for the East Lake-Tarpon Special Fire Control District.

Start with these episodes

Welcome! And PLEASE join us for our weekly podcast of "Wisdom for a Crazy World." There will be plenty of opportunities for you to be involved and …

In Tom McQueen's Teach Your Children Well seminars throughout the United States and Canada, the one question that always gets asked is: "What do I …

How you can listen to this podcast

You can listen to episodes right here on the website, or if you prefer, in a podcast app. Listening in an app makes it easier to keep track of what you’ve already heard, listen without using your data plan and many other conveniences.